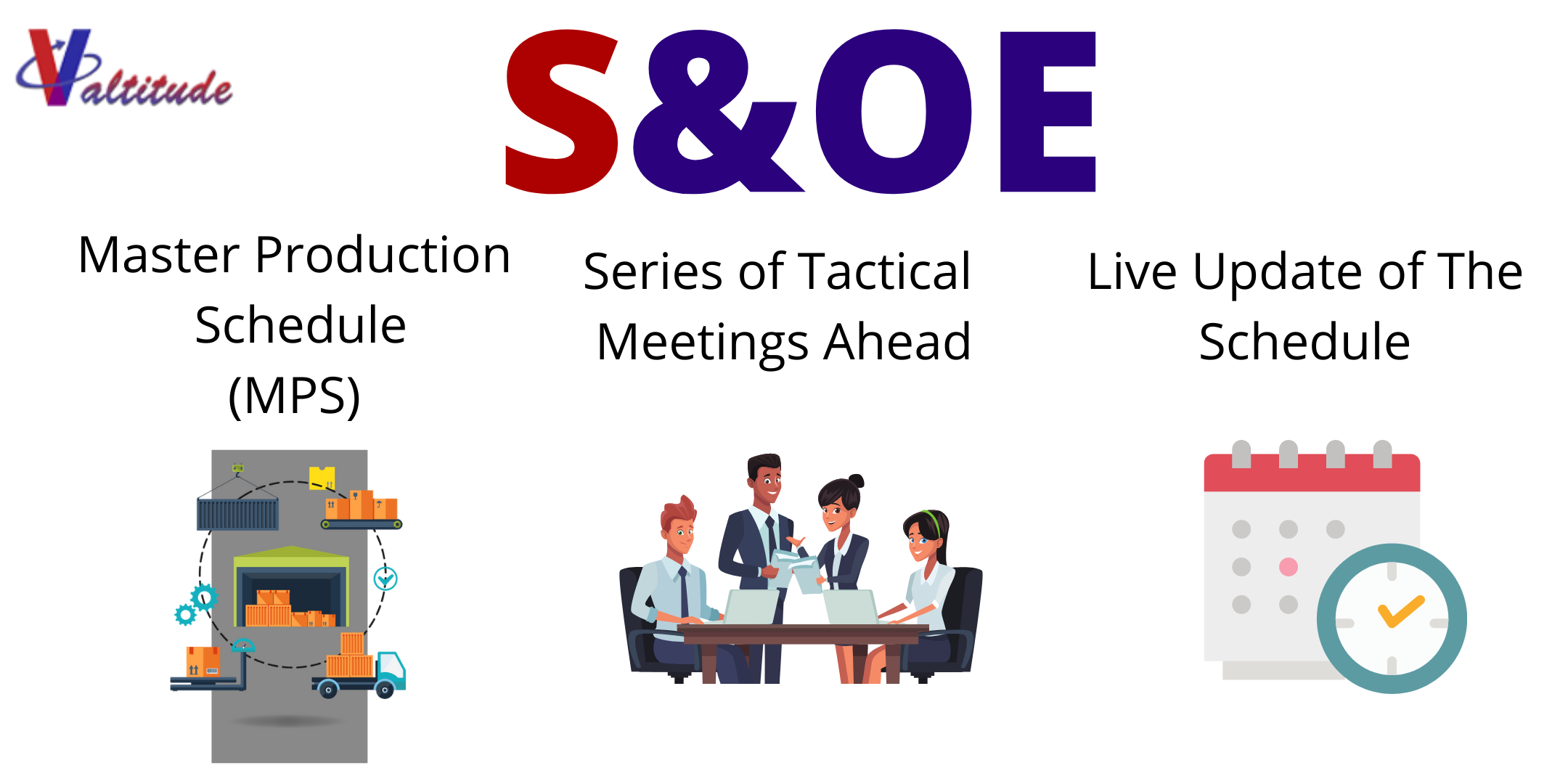 S&OE - Sales and Operations Execution. My response is two-fold. MPS or Master Production scheduling is the process of assigning resources to meet the demand both short term and long term. In most companies this turns out to be a document or an excel sheet that arrives by email for different parties to do their part. Individual functions had their own siloed meetings for their portion of the MPS. I had recently attended a factory manager’s war room meeting that will look at the MPS and provide orders for the day based on updated demand. Buyers may meet to adjust their orders based on deliveries. So now we (don’t know who) invented S&OE to execute the MPS with a series of meetings that are aligned as part of the overall tactical process. The intent to is to bring all meetings under the execution umbrella rather than finding out later in the monthly S&OP meeting. Here is the second explanation. Some companies need a new buzzword to follow an old well established paradigm. MPS has been around for 50 years. So it goes. S&OE = MPS + series of tactical meetings scheduled ahead + live update of the schedule.

We offer a range of consulting services, which you can learn about at –