Volatile Markets - Signs for the Future 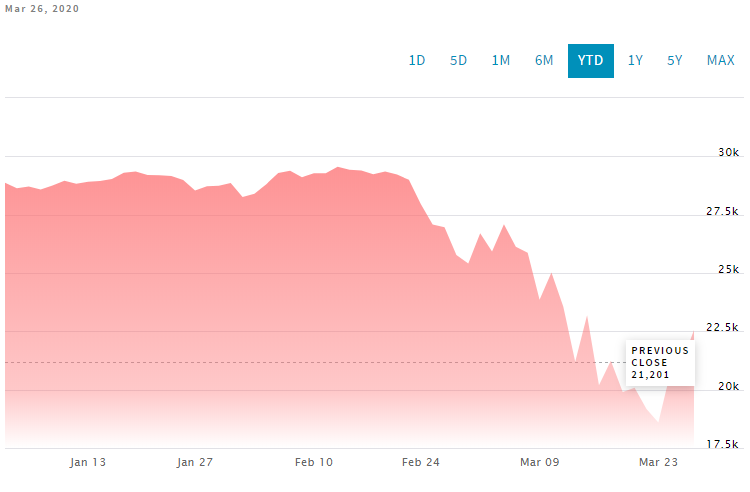 Volatile Markets - Signs for the Future

The bubble has burst and the market crash has exposed many sins underlying the excesses of the past few years.

Three significant factors are at play -

The Fed announced emergency rate cuts by a half point followed by a full percentage point - but could not assuage the markets.

The Fragile markets could not absorb the shock caused by the Corona virus shut downs and the resulting effect on the economy.

However the markets have turned around violently and spiked for three consecutive days on the optimism caused by the two Trillion dollar stimulus package passed by the US Senate.

Without any clear direction for the broader economy and some hope for a quick disappearance of the Corona Virus, we see more volatility in the future.